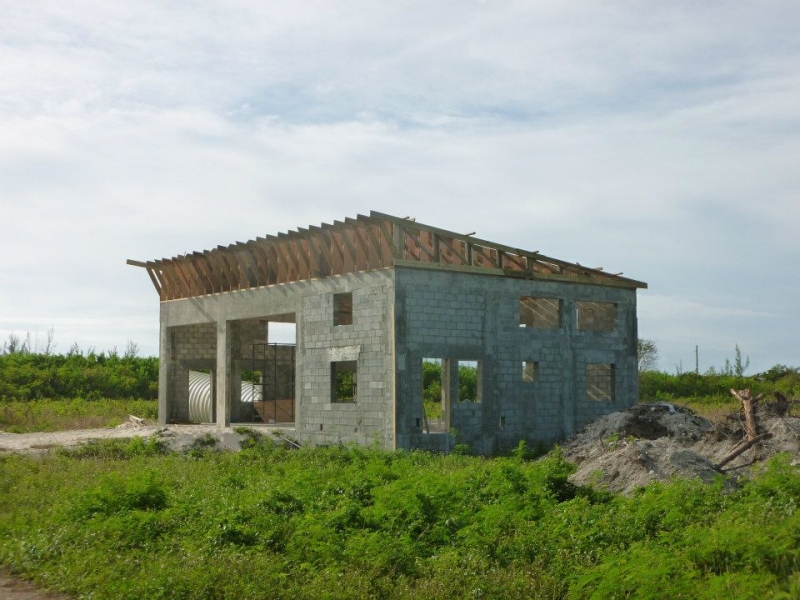 South Eleuthera Emergency Partners (SEEP) and the One Eleuthera Foundation (OEF) have commenced the building of an Emergency Operations Center in Wemyss Bight, Eleuthera. As Wemyss Bight is in a central location to the settlements of Cape Eleuthera, Deep Creek, Waterford, Green Castle, Cotton Bay, John Millar’s and Bannerman Town, it is believed that this EOC will increase response time to any emergency in these areas and improve SEEP’s overall efficiency.

The roof is currently being constructed thanks to Tom and Ellen Bentz of Wemyss Bight and Barrie Jordan and Marjorie Findlay of Cotton Bay. Members of the South Eleuthera community including Christopher Smith, Woodrow Hall, Jermaine Deveaux, Eddison Thompson Jr., Douglas Gibson and Ian Carey are assisting in the EOC’s construction. They are working on SEEP’s 3-4-2 program where they are paid for three working days and donate their time for two, volunteering a portion of their work hours to the project. SEEP and OE greatly appreciate the service of these men.

SEEP, Wemyss Bight EOC, and OEF would also like to thank Geoff Freeman, and Sally Searle for their generous donations which are assisting in the construction of this EOC.