Supporting Central & South Eleuthera through Partnerships since 2001: The impact of Windermere Island Foundation 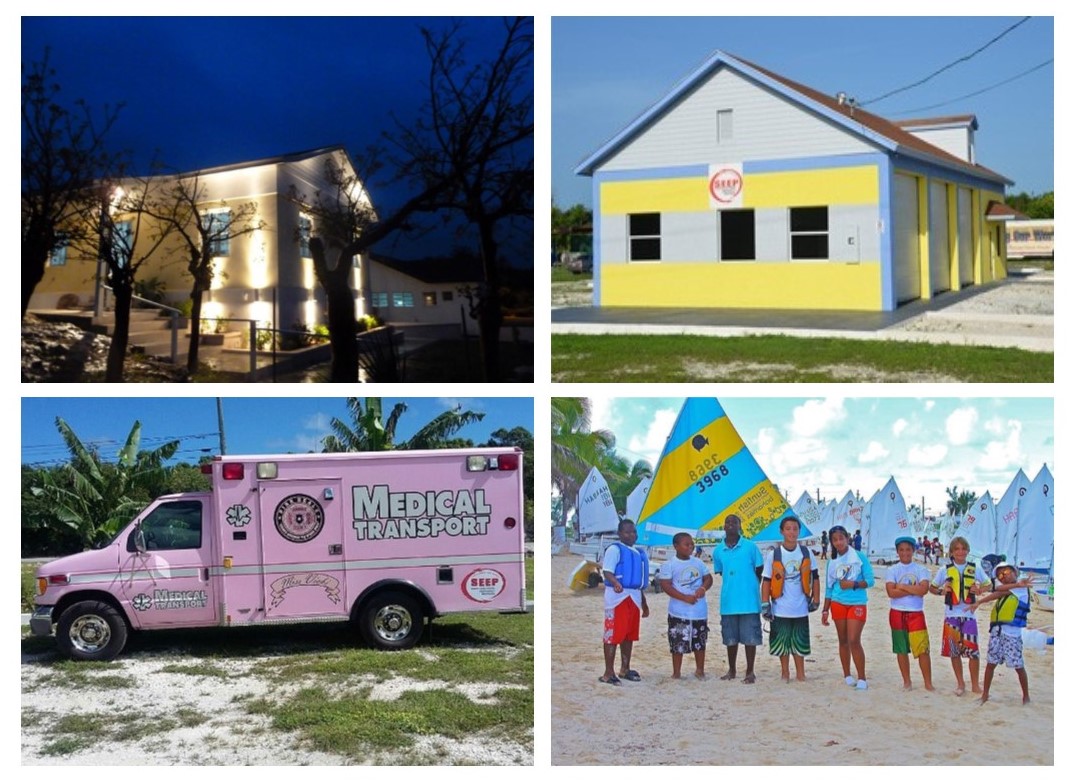 In 2008, Mr Shaun Ingraham, then Founder and President of South Eleuthera Emergency Partners (SEEP) and Island Journeys, approached the Windermere Island Foundation (WIF) to assist with establishing SEEP’s Emergency Operations Center (EOC). Needless to say, Windermere Island Foundation, under the leadership of President Luci Baines-Johnson and its board, believed in the vision of Mr Ingraham and made a financial contribution to assist in bringing the project to fruition.

Mr Ingraham guaranteed that the facility would be completed in a specific timeframe, serving multiple purposes including shelter for an ambulance and fire truck. These vehicles would provide emergency transport and fire services in the South Eleuthera district from Savannah Sound to Bannerman Town. Four months later, as promised, the ambulance and fire truck were driven into the new EOC, their new home.

SEEP now has two locations (Tarpum Bay and Wemyss Bight) and is equipped with 3 ambulance and 2 fire trucks. Both locations are operated and managed purely through volunteers.

Founded by Jay Kislak and Michael Foster in 2001, The Windermere Island Foundation has contributed to many other organizations and projects since its inception. Its mission is to support charitable endeavours that enhance the environment, education, health and culture of Central and South Eleuthera. They are fulfilling their mandate through support to One Eleuthera Foundation’s Breast Cancer Outreach and Eleuthera Imaging Program’s for BRCA gene testing, Exceptional Education Outreach, the development of Eleuthera Art & Cultural Center (EACC), Eleuthera Swimming and Sailing School for a skiff, H.A.C.E for emergency transport services, PetPals for spaying and neutering, Deep Creek Middle School for student scholarships and numerous other projects and programs.

“It is a privilege to partner with One Eleuthera’s efforts, and those of other organizations on Eleuthera, to build a cohesive and committed plan to do the greatest good for the greatest number”, said Ms Baines-Johnson, past president of WIF.

One Eleuthera Foundation, SEEP, EACC and others are grateful to the WIF for all they have done to help in various areas of work, ensuring Eleutherans preserve their culture and environment, and have access to quality education, health and safety resources.

“We are most grateful for the invest made by the Windermere Island Foundation. They have helped make Eleuthera a better place to live work and play”, confirmed Mr Shaun Ingraham, now President and CEO of One Eleuthera Foundation.

Organizations interested in learning more about, and applying to, the WIF for funding can do so by visiting their website at www.windermereislandfoundation.org and completing the required grant application. Applications are accepted and reviewed on an ongoing basis.