Rich Soils: We are Farmers!

Our team took a trip to the ever-so-amazing farm at the Centre for Training and Innovation (CTI), and what a treat we got! CTI trainee, Taran Mackey, was extremely accommodating, friendly, and knowledgeable about the impressive farm produce and it showed as we journeyed through the various sections of the field.

The farm, which is 4 acres of rich soils, was cleared in November of 2015. Shortly thereafter, in January 2016, the various crops were planted. To date, the CTI supervisors and trainees assigned to farm have done tremendous work, consistently planting, taking care of, and harvesting over 30 different crops.

The farm overflows with juicy tomatoes, which the farmers were getting ready to pick when we arrived. When we asked, “what do you do with them?” Taran was eager to tell us that they pick the ripe ones to bottle them up and sell them. He added that they sometimes pick them half ripe ones to sell to the local conch salads vendors. He mentioned that they too bottle the goat peppers. They distribute both bottled tomatoes and bottled goat peppers island-wide, having customers in the very northern part of Eleuthera. Along with the bottled goodies, corn, cabbage, onions, beets, spinach, shillows, cucumbers, peas, beans, beets, egg plant, papayas, benny, okra, thyme, basil, and other herbs and spices are sold at the CTI grounds. 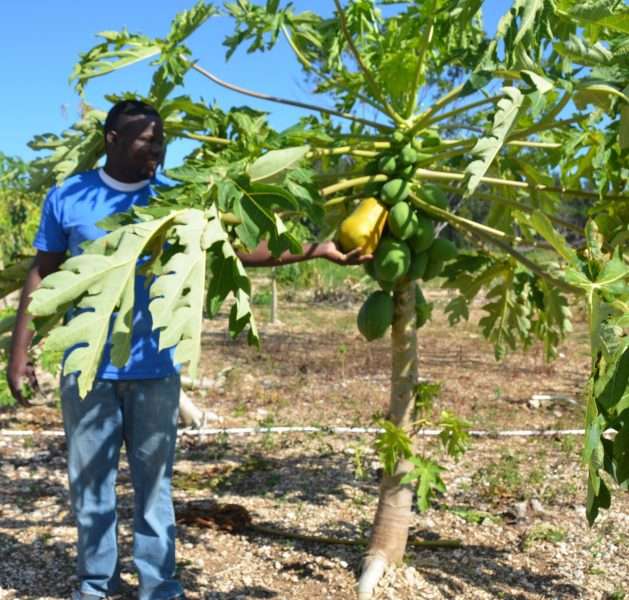 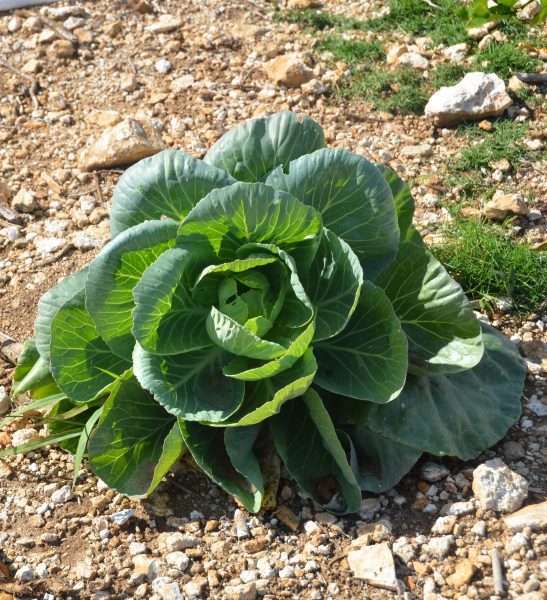 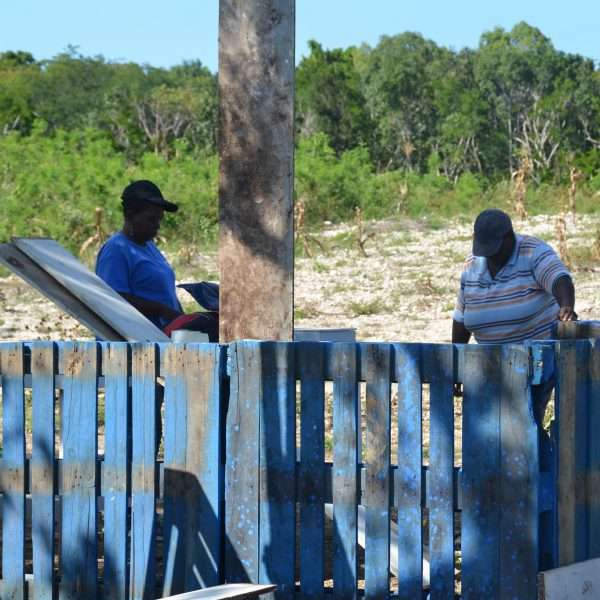 With twenty-four year old Taran Mackey, Mrs. Coramae Jolly and Clarice Delancy- who is the farm supervisor, are among those who keep the farm up and running on a daily basis. Taran, who travels from John Millers every day, described his daily routine for us. He says that he is there at eight o’clock in the morning and the first thing they do is walk around the field to ensure that all the crops are in place. He mentioned that if it happens to be a wet morning, the plants are then dusted (this is best because the dust sticks to the plants when they’re wet). After that, weeding begins. Taran says that everyone “grabs a cutlass” and goes to work.

He told us that everyone who works on the farm came with a wealth of knowledge about farming, since they all have their own personal miniature farms at home; however, they glean off one another and have all been able to learn more about farming through working together as a team!