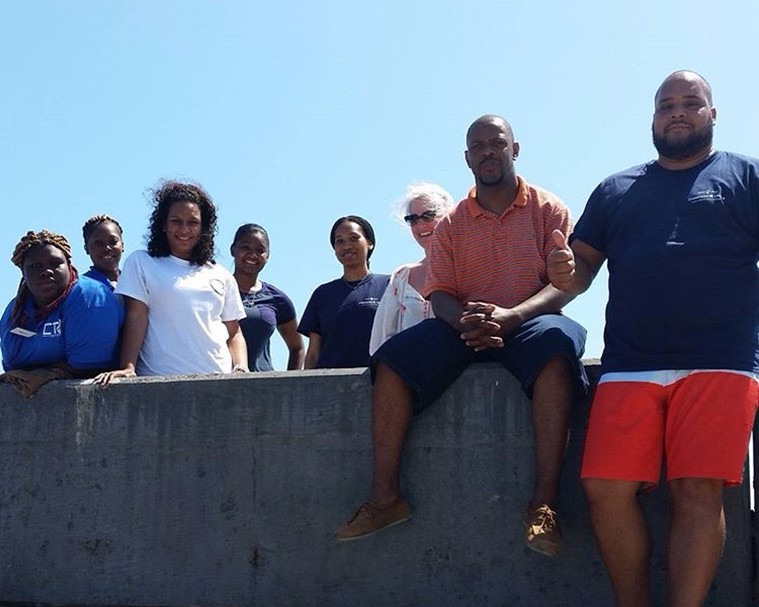 This exciting event took place on April 22nd to 24th 2016 in Eleuthera, Bahamas. The Starboard Trials are a series of challenges where young Bahamian challengers between the ages of 18 and 35, showcased their knowledge, creativity and skills as entrepreneurs who can innovate and solve problems. The four participants worked together in one team covering 5 specific industries within Eleuthera. These industries included: fishing, farming, arts and culture, technology and education.

The participants were also assisted with support and informative talks from professionals in the industries of farming, education, arts and culture and technology.  Green Castle Primary School teacher and Rotaractor, Ms Ashley Hall, spoke to the participants on the Education industry in Eleuthera.

“To improve education in Eleuthera, we must continue to focus on technology because we don’t want to be left behind in the world.” She went on to say, “We must also include special skills such as farming and fishing so that we can become self-sufficient. In doing so, children grow up with a better appreciation for the environment and how to take care of it.”

CTI participant of Starboard Trial, Ms Cornell Miller, spoke about her experience during the weekend.

“Starboard Trials made me a seeker of new inventions. It made me realize that nothing in life is as easy as it comes and you should not be blinded by what you think you can do until you make an effort to try.”

She went on to say, “Through Starboard Trials I learned that in order to become an entrepreneur you have to be dedicated in what you are doing. This event allows you to find a hidden person in you that you never knew existed. Many young persons need to be exposed to events like this.”

The participants worked together perfecting their pitch for a business idea that incorporated all five of the industries.  The team’s business idea is called “F.E.T.A. Reach” and the mission is to offer reliable, high quality, year around availability of hydroponic produce that will meet the demands of the local population and resorts. Increasing awareness of the medicinal benefits and competitive prices as well as educate plus empower communities to build a sustainable future.

At the end of the weekend, they presented their pitch to the public on Sunday April 24th, 2016, at the Eleuthera Arts and Culture Center in Tarpum Bay, Eleuthera. Their pitch was judged based on its sustainability, profitability and marketability. Judges for Starboard Trials included: Mr Walter Carey, Manager for The One Eleuthera Cooperative Credit Union (OECCU).

Mr. Carey said “It was inspiring to observe 4 young Bahamians present a well-researched business idea that is so timely and sustainable with potential to be very profitable.”

“I was delighted to be a part of the audience of the recent Starboard Trials presentation. I am amazed at the talent that we have in our youth. I love the amazing idea that the 4 individuals devised. It’s just amazing what can be done when people, no matter the age, put their heads together” said Maisie Thompson, who attended the Starboard Trials public presentation.

Starboard Trials provided a platform for young persons to showcase entrepreneurship skills and think of innovate ideas for industries important to the economy of Eleuthera.  OEF seeks to continue to be a driver of economic development and entrepreneurship with events like these.

After the participants’ final pitch, all four were offered a spot on board the Beacon Won for Starter Island. Starter Island is a 5-day competition held throughout the islands of the Bahamas where teams of local and international entrepreneurs travel on one ship building their products and ideas. Stater Island will be held between Nassau and Exuma on August 13th-19th, 2016.