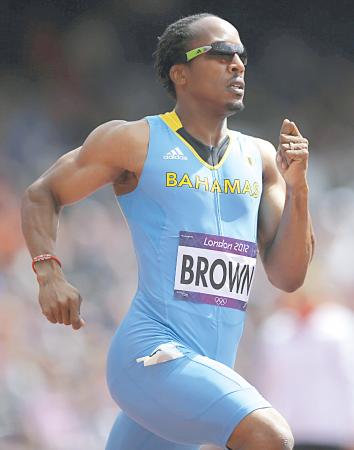 Throughout his impressive career, Chris Brown has amassed twenty eight (28) medals including four World and four Olympic medals as a member of the 4x400m relay team. But it was London 2012 that cemented his iconic status and forever endeared the ‘fireman’ to the hearts of his countrymen. London 2012 will always be regarded as the pinnacle of his career when Chris, being the most experienced in the squad (inclusive of Demetrius Pinder, Michael Mathieu and Ramon Miller), played a crucial role in that success. He has been credited with planning out an unconventional running order that mentally threw off some rivals and led to the coronation of “The Golden Knights”.

Chris is equally inspiring off the field, earning a plethora of local accolades and distinguished awards, most notably- the Icon Award (2014), the Tourism Award (2016) and the Cacique Award (2017).

In making the announcement on Brown’s promotion from Assistant Coach, Ryan Erlacher, Director of Athletics at Clayton is certain that “With Coach Brown’s background and experience, he too will make significant strides forward for our programs. He has an exciting vision for our track and field programs and I have no doubt he will do an exceptional job. Our student-athletes, campus community, and alumni will all benefit greatly from these promotions.”

Chris Brown recognizes this new chapter as an “amazing opportunity” and that “being named head track & field coach with big shoes to fill, is a new journey that I am excited to embrace.” He continued “I look forward to contributing to Clayton State in this new role by continuing to build strong student-athletes and add to the program’s success. Let the journey begin!”

One Eleuthera Foundation shares his excitement for the future and extends profound pride and well wishes on behalf of all Eleutherans and the people of The Bahamas.

If you would like more information, please call Ade Pinder at 334-4700 or email adepinder@oneeleuthera.org