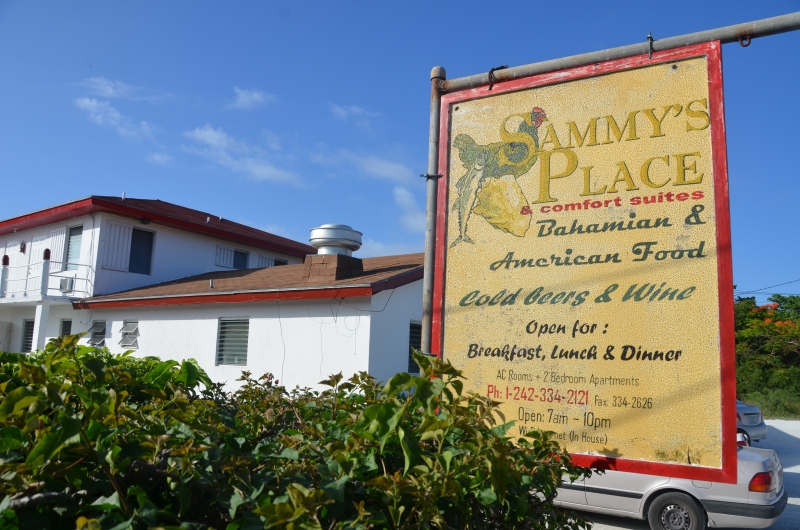 June 26, 2016 was a day where many felt a new wave of hope as the BahamaHost held its graduation ceremony at Fountain of Life Kingdom Ministries church in Rock Sound, Eleuthera.  Over 90 Eleutherans completed the course. Many of the graduates consisted of students from the Centre for Training and Innovation, One Eleuthera Foundation staff and members of the Central and South Eleuthera communities. BahamaHost is a course where graduates are expected to be leaders in the hospitality industry by being good examples, to practice work habits which promote good will, courtesy and teamwork cooperation, and to provide value for money, to ensure greater customer loyalty and satisfaction.

View the full article regarding the graduation here in the online version of the Eleutheran.

Though all elated to take their new found knowledge into the world, the graduates and their families were not the only happy people on that day. In fact, the happiest people award goes to the operators of a local restaurant just a few meters away. Sammy’s Place is a family owned and operated restaurant located in Rock Sound Eleuthera just a few steps away from Fountain of Life Kingdom Ministries church.

The proprietor of the establishment was happy because of what the event meant for their restaurant but also what it meant for the future of South Eleuthera residents. “On any typical Sunday of the year we are empty. But that year instead of going home at two like I usually do, I had to stay on until 9pm.  For Shaun (One Eleuthera Foundation CEO) to have the vision to want to come back here (South Eleuthera) and to invest his time, energy and finances here, he must love to be a son of this particular soil. It’s most important for the people of South Eleuthera to support Shaun Ingraham and One Eleuthera Foundation in their efforts. One Eleuthera Foundation is the only Bahamian organization that I have seen that dares to venture out and take a gamble on the Bahamian people. When he opened the training school at the Rock Sound Club, not only did he give those people financial employment, but they also opened up their futures to career building.”

“When investors do come here and whenever the promised hotel properties are fully operational, we will have young persons that are skilled laborers thanks to the investments of One Eleuthera Foundation. We here at Sammy’s fully support Shaun, One Eleuthera Foundation, and all of its staff members in all of their endeavors and we are forever grateful to them” says Janice Culmer – daughter of Sammy Culmer and cashier at Sammy’s Place.

Sammy’s Place was established in December of 1986 and celebrates it’s 30th anniversary later this year. They offer breakfast lunch and dinner almost every day and are able to host private events as well. They specialize in native Bahamian dishes and spectacular service. Feel free to visit or make reservations at 334-2121. Make sure you tell them where you heard about them when you visit.