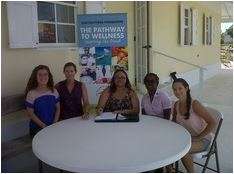 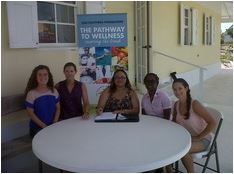 June 2013 marked the beginning of intense cancer outreach on Eleuthera. To get a better feel of the needs on the island, an assessment had to be done. The COC along with One Eleuthera Foundation’s long-time partner, Emory University, took to the streets to do just that. Every settlement on island was visited by the team. The targeted group was ladies ages 30 years and older. During each meeting, women participated in a written survey which was designed to determine how much they knew about breast cancer and its treatment. This followed a brief PowerPoint presentation which covered general facts about breast cancer. With each presentation a strong message of prevention and early detection was enforced and breast cancer material distributed.  At the end of the joint project with Emory, a total of 180 women were reached.

This 6 week project served as a form of training for newly appointed COC Maisie. She was able to strengthen an existing bond with women throughout communities on Eleuthera and meet numerous others who are assisting with the coordination of present and future outreach. One of the very first concerns that became evident was the necessity for a trusted messenger to get information to each community on an island 110 miles long. To address this issue community contact persons were identified in each settlement. A total of 31 women committed to assisting Maisie and OEF in the fight against breast cancer. This link is helping to bridge the gap between information and communication that existed in the past. 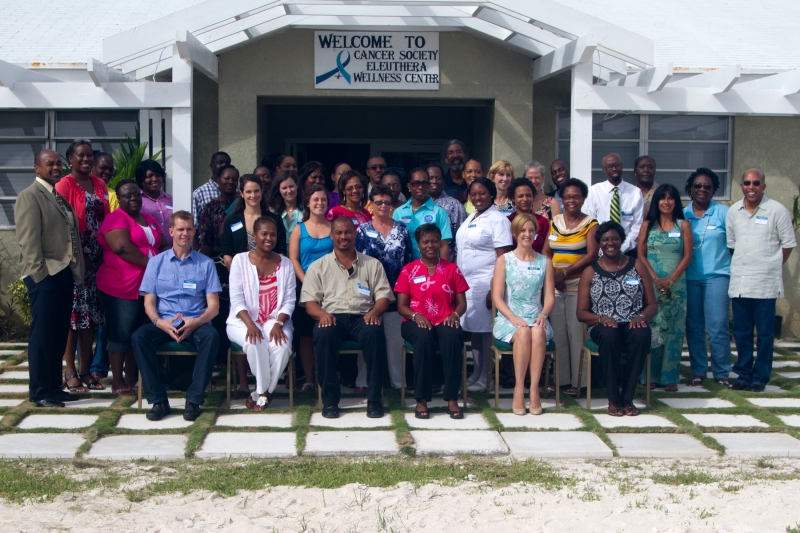 The findings from the island-wide assessment were presented at One Eleuthera’s 2nd Annual Health and Wellness Symposium in August by Maisie and the team from Emory University’s Global Health Institute. Alarming cancer statistics throughout The Bahamas set the stage for the symposium. Local research indicates that up to 500 new cases of breast cancer are diagnosed in The Bahamas each year and between 24 and 27% of breast cancer is caused by the BRCA gene mutation. Alarmingly these rates are the highest of any other country. Further, statistics reveal that 43% of Bahamian women diagnosed with breast cancer die before the age of 50 while the average age of death in women in the U.S. is 68. Local, national and international medical professionals spoke to various aspects of the disease during the symposium.

On August 23rd, COC Maisie, members of the One Eleuthera Foundation and Cancer Society of Eleuthera met with representatives from the Ministry of Public Health and U.S. NORTHCOM to discuss the possibilities of a mammogram machine, donated to the government of The Bahamas, being assigned to Eleuthera. The Eleuthera team, comprised of representatives from Cancer Society of Eleuthera and the One Eleuthera Foundation presented a good case to show that the island was in dire need of such a machine. A great deal of the findings from a recent survey conducted by Emory University and the COC were used to validate Eleuthera’s need for mammography services. We currently await a decision on placement of the mentioned mammogram machine. 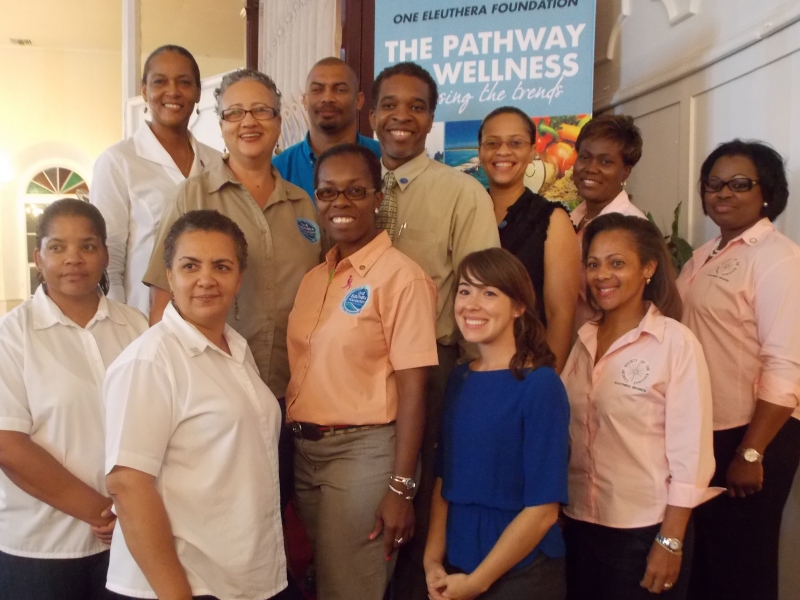 As a result of OEF’s symposium held in August, two of the COC’s community contacts approached OEF about staging Cancer Symposium on Harbour Island. Maisie, along with Eileen “Lizzy” Mackey and ZoeAnn Percentie were instrumental in ensuring that such an event came to fruition. The first of its kind on Harbour Island, the symposium was a great success, attracting over 100 men and women. Guest presenters for the symposium included a cancer survivor, an Oncologist and a Genetic councillor out of Nassau. Vital materials on cancer prevention and early detection were distributed to all in attendance. This event marked a great launch to Breast Cancer Awareness month which is observed during the month of October. The symposium also created a partnership with the OEF and the Bahamas Breast Cancer Innitiative Foundation (BBCIF) which will, in the not so distant future, make genetic testing available to Eleuthera women at a very affordable cost.

During the month of October, Mrs Pinder evangelized the island with the message of early detection and prevention of breast cancer more than ever. She conducted community walkabouts in Governor’s Harbour and Rock Sound, distributing crucial cancer information. 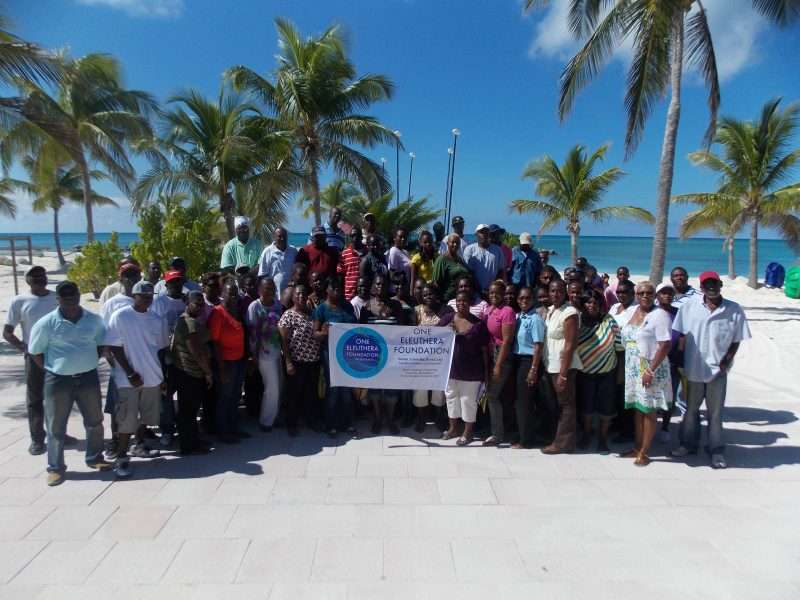 Maisie also shepherded several presentations and distributed resources on breast cancer. She shared her knowledge with 65 women at the Regional Methodist Women’s Retreat, held in James Cistern, 120 students and faculty members at Emma E. Cooper Primary School in Palmetto Point, 40 women at Wings of Deliverance church in Wemyss Bight, 30 members and guests at Rotary Club of Eleuthera’s meeting and 60 staff members at Princess Cays. Each presentation invoked numerous comments and questions. Persons pledged greater involvement and support with cancer initiatives on the island, committed to sharing their knowledge with others and promised to take better care of their bodies through annual screenings, healthier diet and exercise.

Further, as a part of the community outreach program, a t-shirt design and essay competitions were launched amongst the local High Schools on the island. Readings from the essay competition, held at the local Rotary Club meeting, culminated OEF’s Breast Cancer Awareness month of activities. Three finalists shared personal accounts of women directly affected by breast cancer. Also attending was the winner of the t-shirt design competition who was a 12th grade student of Central Eleuthera High School. Both competitions were launched during October.

The community connections are definitely helping to develop stronger partnerships and create much needed mediums which will assist with getting our people knowledgeable on cancer facts and prevention methods. There are still many more women to be reached and so much more work to do. The aim of the Community Outreach program is to reach every woman on Eleuthera and get them actively engaged in their own wellbeing. With partners such as yourself, the OEF can make mammography services on Eleuthera a reality. One gift from you can help make this happen. Be a part of a revolution and Prove the Power of ONE. DONATE NOW